Without exaggerating over the years our guest who have been Muskie fishing on Lake of the Woods, have even caught some over 55″. Artificial baits used to troll and cast are what we recommend. eg.( large spoons, suicks, large mepps, reef Haugs) The season for muskies starts on the third saturday of June and ends Dec. 15. The possession limit is one a day, two in possession and they have to be over 54″ to keep them. 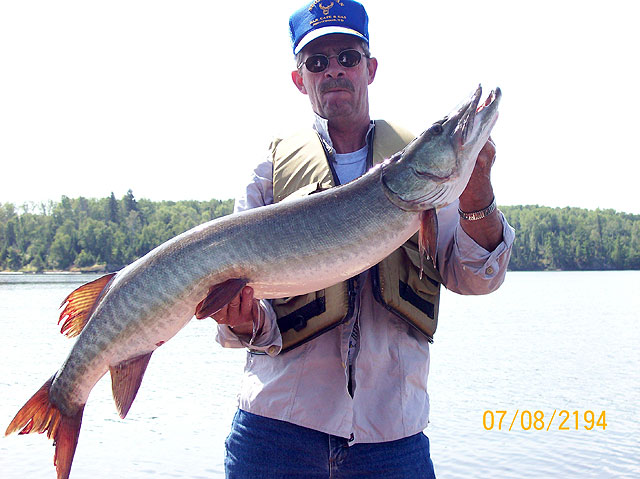